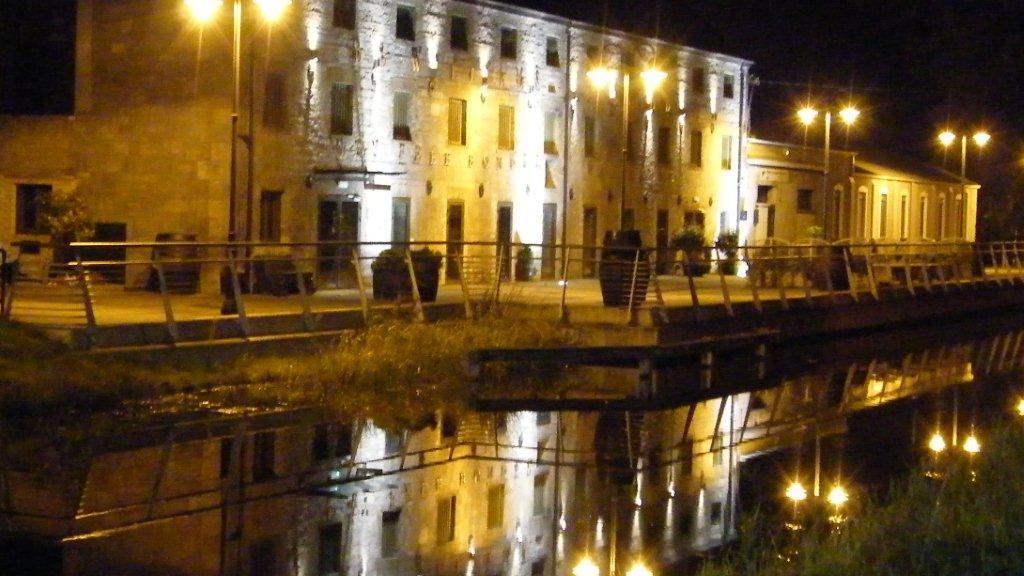 Brian Nation‘s speech at the recently held Irish Whiskey Awards 2016 held in the fabulous surroundings of the Old Bonded Warehouse in Tullamore certainly piqued my interest.

A number of points were raised that particularly caught my attention.

The first was the spectacular rise of Irish Whiskey in the global market and how everyone associated with ‘BRAND’ Irish Whiskey – from producers to publicans, distributors to bloggers – had a duty of care to promote and protect the integrity of that brand.

Was my first thought.

I’ve just been branded myself!

But what is Brand Irish Whiskey and who defines it?

Before I could process those thoughts another key word leapt out at me.

There certainly has been some wonderful innovation in the Irish Whiskey scene lately.

The new entrants into the market have been at the forefront of this in my opinion.

The multi award winning Teeling Whiskey Company use rum casks to finish their Small Batch blend and Californian wine casks to add flavour to their Single Grain. Neither casks being commonly used. Single Grain is also unusual. Before Teeling Single Grain was released Greenore – now renamed Kilbeggan Single Grain – was the sole representative in this category.

Both these Teeling expressions won Best in class awards on the evening with Kilbeggan Single Grain winning Gold.

West Cork Distillers are also new entrants and have been making spirits often under the radar of the mainstream.

The bold design of their Pogues bottle together with the brand association attached to the famous/infamous group – depending on your preference – was certainly innovative.

Criticism has often been attached to the quality of the liquid inside West Cork produced offerings yet winning a Gold Award for the Galway Bay Irish Whiskey release certainly raises their game and puts them in the spotlight.

Midleton themselves -the brand owners of Irish Whiskey during the years they were the only players in the field – haven’t been caught napping.

Using whiskey casks that have previously held beer for the growing Irish Craft Beer scene to mature Jameson Caskmates has certainly been a hit that is now being expanded into other markets.

The new Makers Series offer some innovative stories to the spirit although I did find the liquid rather ‘safe’. Nonetheless 2 of the releases won Gold Awards.

MIDDLETON ARE GROWING RYE IN IRELAND!

Now it won’t be harvested until early spring 2017 and a further minimum of 3 years at least before any spirit can be released – but as a confirmed lover of rye – I can’t wait!

Luckily for me I didn’t have to.

A couple of kind gentlemen from across the pond had informed me beforehand they had brought over something special.

Whilst the Corsair Triple Smoke blew me over it could be categorised as an ‘extreme’ whiskey. I did love it however.

The Emerald release from Ransom Spirits of Oregon was far more approachable however and much more pertinent to the Irish Whiskey brand.

Made using barley, oats and rye to an 1865 Irish Whiskey recipe uncovered by some research this stunning whiskey is satisfyingly smooth yet rich in mouthfeel coupled with a delightfully long rye spice finish.

Emerald to me have captured the PAST of Irish Whiskey in a bottle of the PRESENT.

When you know Brian Nation and his colleagues are poring over old Jameson recipes from the early 1800’s that included rye and oats – as well as currently growing rye in the fields around Enniscorthy – then couldn’t this be a representation of the FUTURE of Irish Whiskey?

I certainly hope so!

And it’s out now.