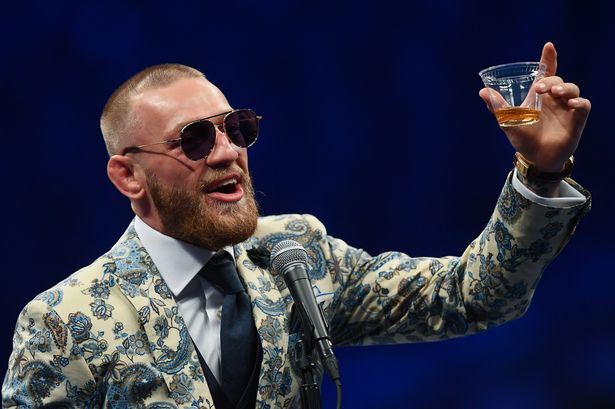 Love him or loathe him – his expected entry into the Irish Whiskey market will certainly stir things up.

I look forward to tasting his new whiskey – as I do all new entrants – and see it as a marvelous marketing opportunity to push the entire category forward.

It’s interesting to note there were 2 whiskey related articles in the tabloid press recently. One concerned Slane Whiskey filling the first barrels from their own distillery at Slane Castle – famous for rock concerts.

The other concerned Conor McGregor’s recent instagram photo of himself in ‘his’ distillery. I say ‘his’ as it’s probably where he is sourcing the whiskey from. I’m not sure if even his pockets are deep enough to purchase a fully functioning whiskey distillery.

Both are pushing the segment forward and both ‘go beyond Irish Whiskey’ – to use a phrase coined by Jameson’s new boss Conor McQuaid. Both also have the potential to reach a far bigger audience than most new entrants.

He’s also capable of dreaming big – and delivering on those dreams.

You couldn’t get much bigger than outselling Jameson Whiskey.