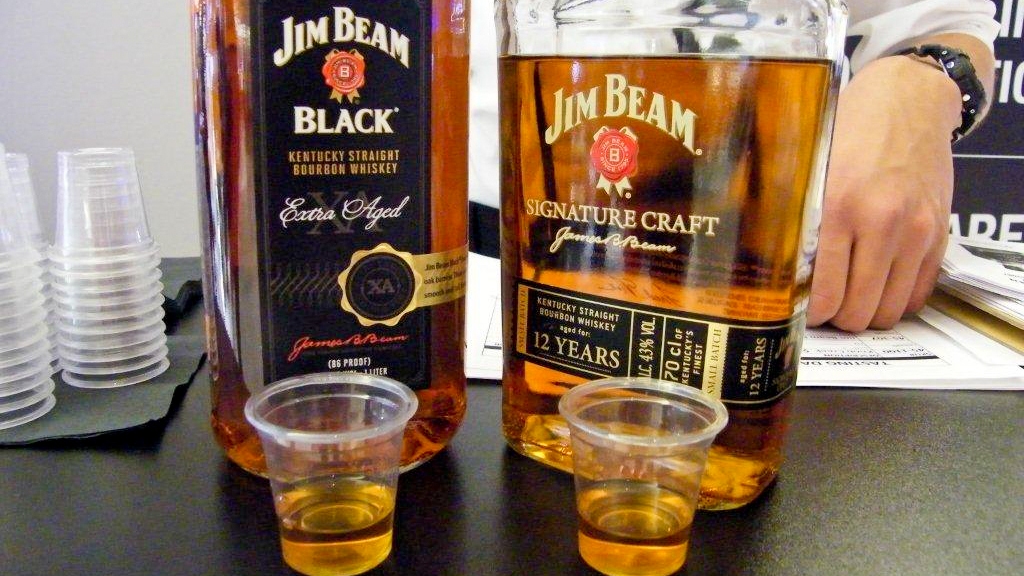 I used to fly.

Probably won’t be doing it for a while now.

One enjoyable pastime at the airport was sampling whiskey.

JFK had a pair of Beams not previously encountered.

‘Black’ is often used in whiskey circles to denote a more refined, aged or even mysterious elixir.

I was happy to explore.

It came across quite soft & sweet – but with an appreciatively appealing bite too.