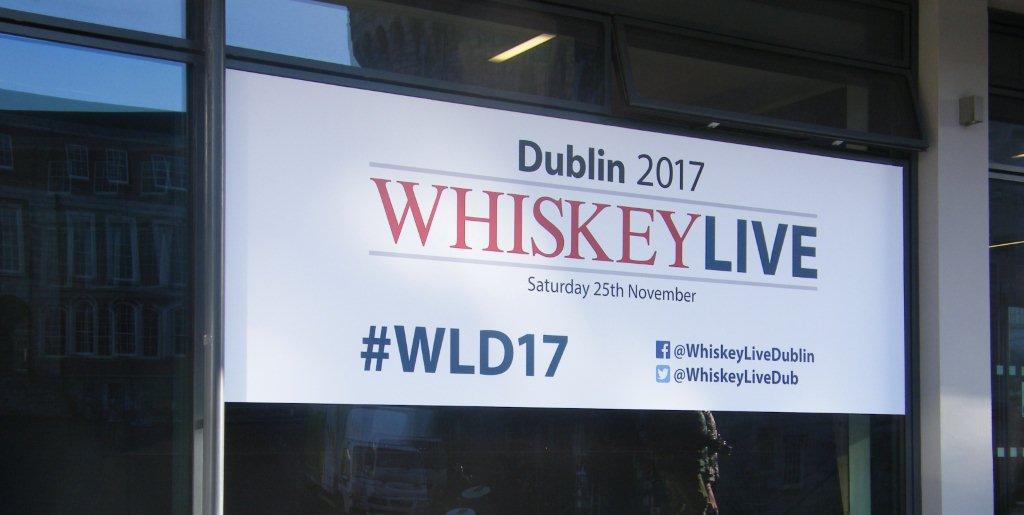 Whiskey Live Dublin continues to grow every year. Not only in numbers attending this marvelous showcase of Irish Whiskey – but also the amount of exhibitors on display.

There are masterclasses held throughout the course of the day which provide access to the distillers, whiskey ambassadors, blenders & bottlers who are driving the current growth in Irish Whiskey. It was to one of those classes that I started my visit to this years show.

Alex Chasko – master distiller with Teeling Whiskey Co. – regaled us with the story behind the current Brabazon series of whiskeys – as well as introducing us to some choice single cask samples.

I was particularly taken by the 2001 Port Single Cask – especially in the newly released Tuath Irish Whiskey glass which was provided to visitors at the event.

After this highly enjoyable introduction – I joined the crowds in the main hall as I tried to sample my ‘hit list’ of whiskeys I’d either missed out on during the year – or were new releases appearing at the show for the first time.

The Glengarriff series from West Cork Distillers were on my list.

I was highly impressed by the Peat Charred Cask single malt. The influence of the peat was clearly evident on both the nose and taste – yet there was a lovely earthy savouriness element to the expression too. Beautiful!

Talking about peat – Echlinville had their Three Crowns Peated on display – very appealing to my tastes. But what surprised me was their yet to be released peated poitin – Bán Barreled & Buried at 47.2% – now that’s a tasty innovation.

Now I’d heard Kilbeggan were showcasing some of their ‘experimental’ casks – as well as the current range of freshly re-branded (and even re-recipied in some cases) favourites too – so naturally I was excited by a 6 year old Rye Pot Still!

Rich rye on the nose & taste followed with some creamy smoothness. Stunning!

Peter Mulryan’s Blackwater Distillery – which is currently under construction in Co. Waterford – chose to reveal their Retronaut 17 year old single malt at the show – a must try.

I can confirm the whiskey is every bit as bold & brassy as the elegantly designed label on the very attractive bottle.

At this stage in the proceedings – with a few samples onboard – chatting away with fellow attendees & stall holders began to divert me away from my ‘hit list’ as I was tempted into trying some surprising expressions.

Cork Whiskey Society had assembled a fine display of whiskeys from times gone by.

The Bushmills 5 year old single malt took my fancy and a sample was procured. Was it just me or did this bottle taste more bold & robust in flavour than some current releases?

The Powers range of single cask releases surprised me with the fine creamy single pot still character on this Celtic Whiskey Shop‘s 16 year old exclusive. I did miss the signature spice kick though.

I also couldn’t resist a powerful Blanton’s Straight From The Barrel Bourbon at 65.4% – my sole American sample at the show.

Longrow‘s  Peated Single Malt didn’t disappoint either – being my only Scottish dram on the day.

Apologies to all those I didn’t get round to sample, visit or even chat to – there is simply too much to cover in one session – which is part of the fun.

There were a few that got away – but the one I missed the most was the return of the indulgent donuts on the Dublin Liberties Whiskey stall!