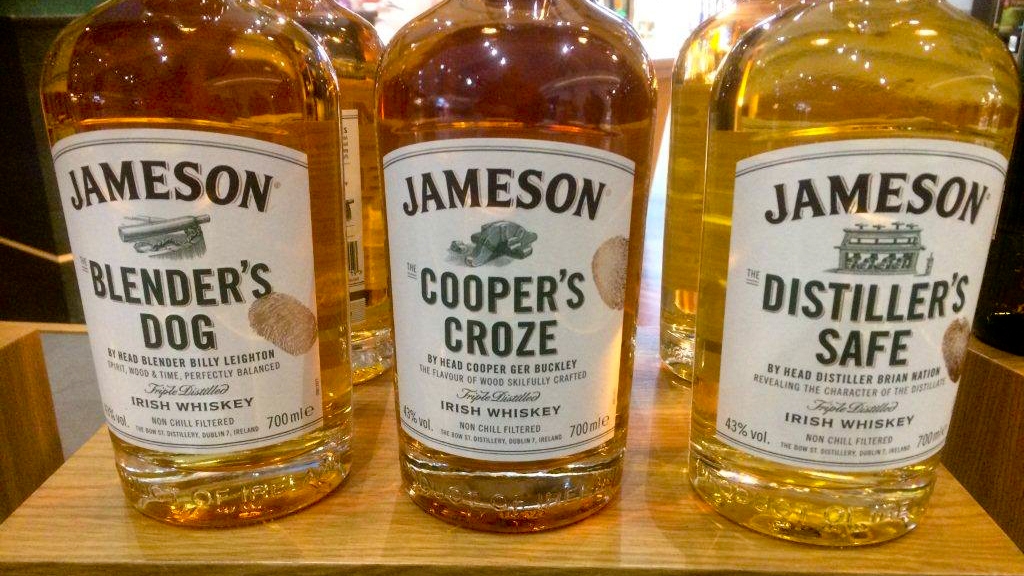 It centred on Rum – but applies to all categories.

One train of thought is the more information the better.

But every time the issue arises a chorus of similar phrases crop up.

Paints a rather paranoid & fearful picture of those big bad spirit manufactures & regulatory regimes that conspire to outwit us – into buying a liquid we enjoy drinking??

Just don’t buy the stuff if you’re that worried.

Spirit manufacturing is a highly regulated, highly legislated industry – regardless of country of origin.

A whole raft of rules & standards have to be adhered to before any product reaches market – one of the most important being that it’s fit for human consumption – and anyone who doubts that clearly has no faith in those measures – nor the manufacturers.

So why would additional labelling provided by those very same bodies make any difference if you don’t trust them anyway?

The other train of thought is simply the taste test.

Many spirit competitions are conducted using this method and it’s the most honest & transparent system there is.

You are presented with a line of identical bottles stripped of branding, fancy presentation & flowery prose extolling the virtues of the liquid within.

I trust my palate to decide in such situations whether I enjoy the spirit or not.

And I also trust the regulatory systems in place that the spirit before me is safe to consume & is what it says it is.

If you want more information then buy from manufacturers that provide it – but don’t make out those that show the minimum legal requirements are somehow ‘cheating’ you. They will taste just as good – or bad – as those with with the complete works of Shakespeare attached.

There is one proviso though.

Make sure any information provided is accurate.

Unlike the manufacturer below. 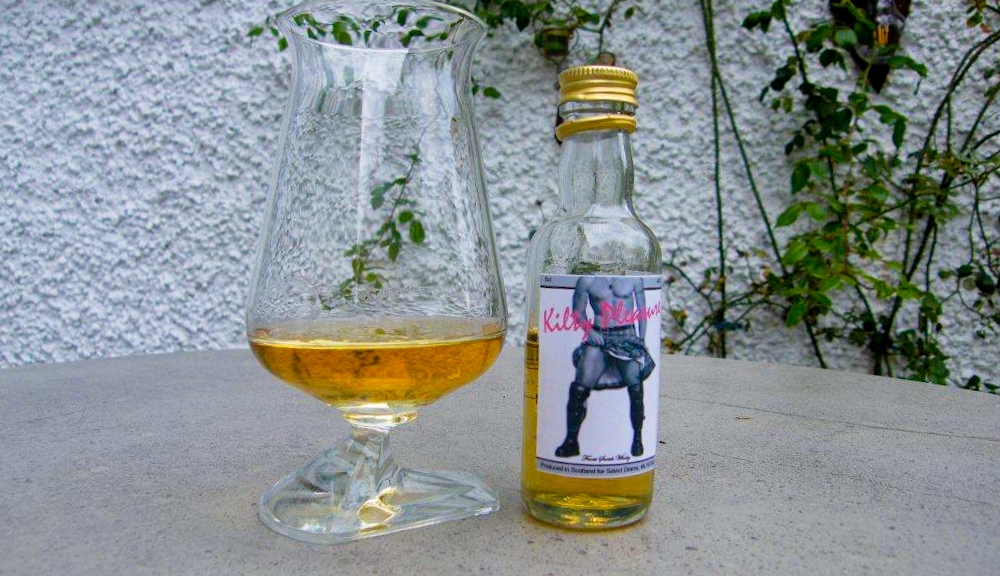 Spotting a new whisky shop in the pretty East Neuk village of Anstruther what else was I to do but go in and buy a few?

The Wee Couper Of Fife stocks a highly varied selection of whiskies and a wide array of whisky paraphernalia – from tartan hip-flasks & quirky miniatures for the tourists – which I bought – to select single malts & single casks for the purists.

One I purchased was the cheekily named & labelled Kilty Pleasure Scotch from Select Drams.

Select Drams have built up a wholesale drinks supply business specialising in ‘miniatures, gifting and specialist bottlings’ – of which Kilty Pleasure is part of a series.

They also do aged statement single malts from renowned distilleries – but this non age statement blend from unknown sources caught my eye – well – it does play up on the stereotypes – and it amused me!

So was it pleasurable?

A honeyed smooth palate – easy accessible drinking – no jarring notes – yet  developing into a decent prickly heat with just a touch of oaky spice.

If you were buying this as a present – or just for the laugh as I was – Kilty Pleasure possesses enough character & style to carry the whole presentation off.

Congratulations to Select Drams for bringing some light hearted fun to the category! 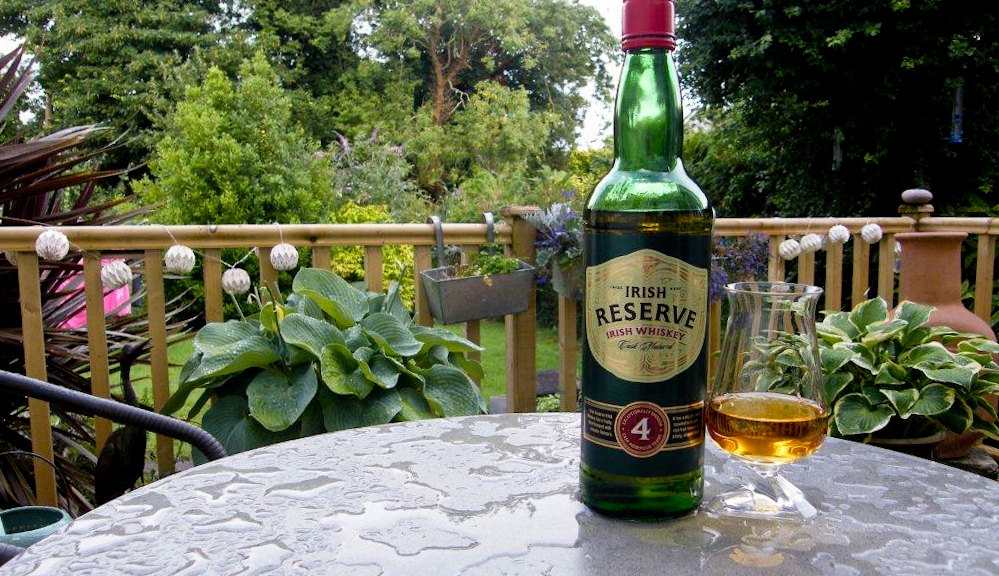 You have to hand it to Aldi and their whiskey.

Last Year’s Xmas Special Irish Reserve 26 Year Old set the internet alight with whiskey fans scouring both Ireland and the UK to find a bottle of the gorgeous liquid.

They’ve followed this up with another Irish Reserve bottling – albeit a much more down to earth 4 year old at only €19.

The bottle comes in an attractive green colour topped with a red screw cap. The label is very similar to the 26 year old.

There is very little information given. It’s an Irish whiskey and it’s 4 years old. That’s all it really needs to say. If you want more information – expect to pay more.

What it doesn’t say is probably more revealing.

It doesn’t say it’s a blend, nor non chill filtered nor if added caramel is used – so presume it’s all three of these. At only €19 – what else are you looking for?

The nose is suitably mellow. A hint of sweet corn initially – that grainy clarity  – before those familiar vanilla & caramel notes from ex-bourbon cask maturation kick in.

The taste is grand. Smooth, sweet, no real bite at only 40%, yet a pleasant mouthfeel & soft notes from the 4 years in wooden barrels.

The finish didn’t last too long – but left a lovely warmth on the palate.

There’s no complexity or depth here.

It is what it is.

I’d happily drink this bottle as an everyday sipper – unlike some other single malts from similar shelves.

Good on Aldi and the team behind this whiskey.

It sets the benchmark for what a no frills Irish whiskey should be.

It provides a standard to compare other – usually higher priced – bottles against. To check whether if you know the distillery of origin or not, whether it’s chill filtered or not & whether added caramel is used or not you can taste the difference.

For the money I enjoyed it a lot.

It even made me smile.

Isn’t that what drinking whiskey is all about? 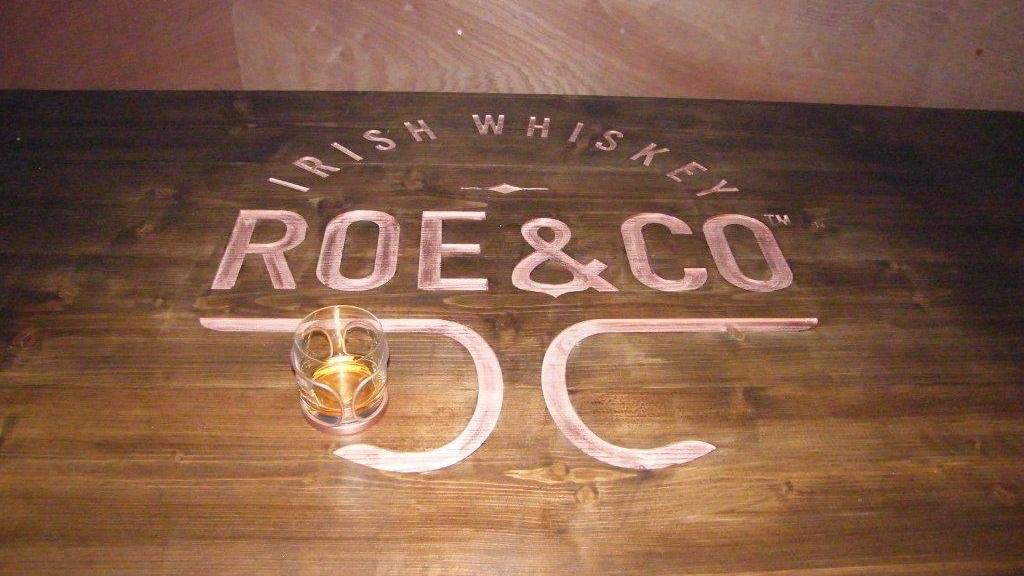 Call me a purist.

Call me a fuddy duddy.

Call me old fashioned – just don’t serve me one!

I want the whiskey to talk to me.

So what has Roe & Co got to say for itself?

Actually that should be The  Girls.

And what a show the event was!

They tempted us with trendy cocktails made with much panache & flair.

They sated our appetites with gorgeously tasty foods served by an army of friendly & efficient Roe & Co branded staff.

They treated us to a cavernous industrial building not normally open to the public atmospherically lit up with dazzling lights & soft smoke.

They moved us with infectious dance music.

And if you got through all of the above & asked the ice sculptor for a glass of neat Roe & Co, you did indeed get one. Well – rather more than one in my case.

Roe & Co wants to be noticed.

It needs to be.

After an absence of a few years Diageo are back in the Irish Whiskey playground strutting & preening among all it’s former play mates. 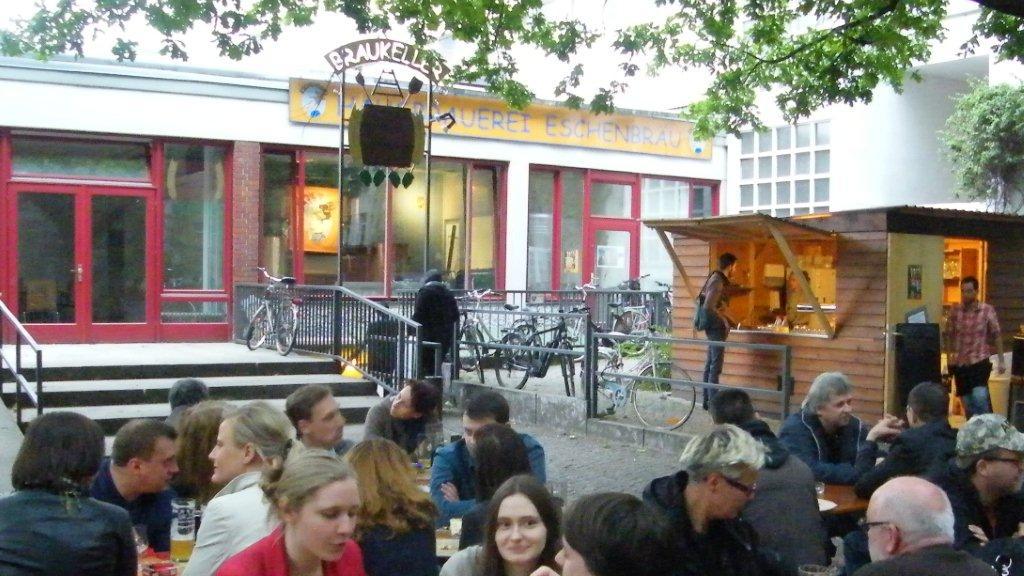 Whisky – An alcoholic spirit made by distilling grain.

I visited this distillery back in 2015.

Situated in the Wedding district to the North of the city this micro distillery & brewery is nestled in the central gardens of apartment blocks.

We found it difficult to get seated as there were many happy punters from far & wide who had come to sample the wonderful whisky , beer & tasty flammkuchen that are only available at the premises.

I tried 3 of the whiskies on offer.

And enjoyed them all very much.

At only 3 years old they were delightfully youthful, fruity & light – but with a nice woody influence.

The distillery continues to release various expressions and now has 5 year old bottlings to enjoy.

Do yourself a favour & pay them a visit when in Berlin.

You have to go there to sample the produce.

I promise you won’t be disappointed!