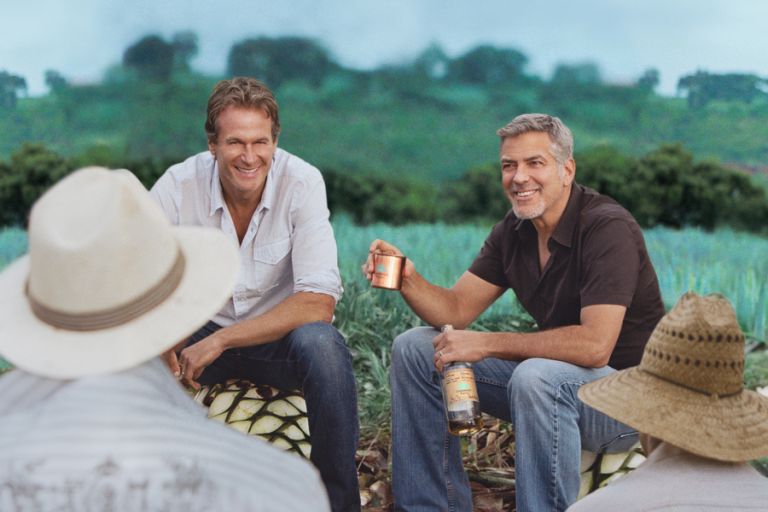 Bumping into George Clooney in Dungarvan was a bit of a novelty – well – his tequila at least.

The tequila market in Ireland is dominated by a few global players with links to Irish Whiskey Distilleries.

Jose Cuervo is part of Proximo who do Bushmills & Olmeca is owned by Pernod-Ricard who do Jameson.

Casamigos is therefore a newcomer to the scene.

Originally founded in 2013 by George Clooney & friends, the brand benefitted hugely from his celebrity status attracting a lot of interest. Diageo bought the brand in 2017 and are capitalising on that celebrity link by promoting Casamigos worldwide.

The Old Bank in Dungarvan have an extensive array of spirits on offer – Casamigos quickly stood out for me.

Reposado – rested in American Oak for 7 months – was my choice for this 100% Blue Agave Tequila.

Silky smooth on the palate with more of that butterscotch like sweetness.

The signature peppery agave spice shone through on the finish with those butterscotch notes taking me back to childhood days making bowls of Instant Whip Butterscotch flavoured dessert.

Wasn’t expecting that in a tequila!