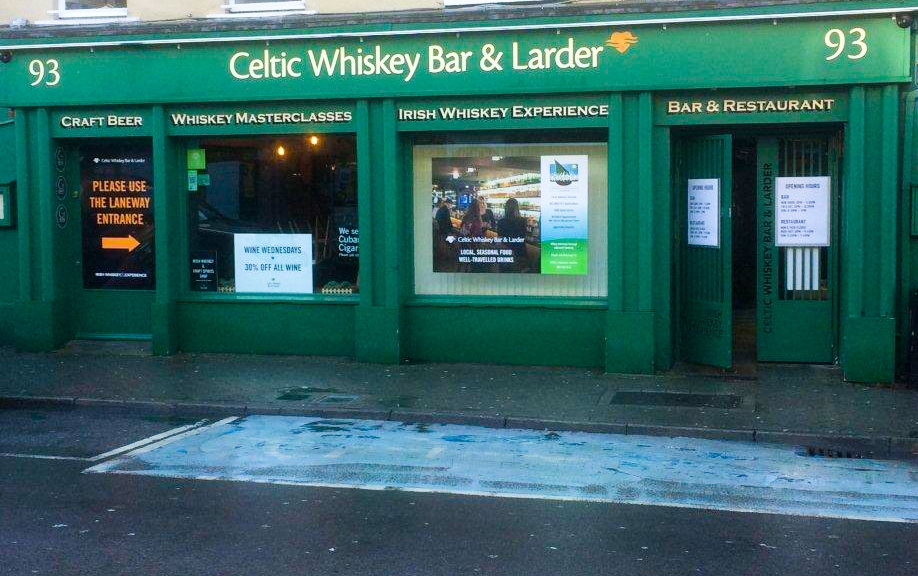 This blog comes to you with the musical accompaniment of LCD Soundsystem.

Usually on encountering a wall of whiskey I’d be choosing bottles I’ve not tasted before but in this instance – an old favourite was proffered up by the Hi-Spirits rep.

An easy going well balanced & honeyed blend from a few years ago.

Sadly discontinued during the Beam takeover of Cooley/Kilbeggan – there are rumors new brand owners Sazerac are going to revitalize it.

My last encounter was with the distinctive ‘baseball bat’ bottle – redesigned into the beautifully labeled one above.

Ever since giving UnTamed category winner in the Cask Strength offerings of my blind Irish Whiskey Awards 2019 judging session  – I’d yet to meet it in the wild.

It didn’t give much away on the nose.

Initially the flavours were soft, sweet & gentle before an explosion of alcohol hit the palate. Yet those gloriously tasty remnants faded slowly away on the long finish.

I’d vote for it again.

Searching the wall of whiskey for something suitable – FEW Bourbon caught my eye.

I liked their ‘remembering’ of Francis Elizabeth Willard– a key campaigner in the temperance movement of America – as well as votes for women and anti-lynching.

And I liked the young & fresh combination of flavours within this bourbon.

Only when I checked my tasting list did I discover I’ve had it before!

I’m Losing My Edge – But I Was There!

And I need to get back there to the Celtic Whiskey Bar & Larder and enjoy a tasty trio of whiskey I’ve yet to meet! 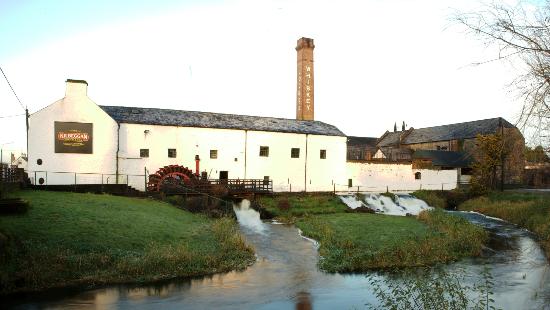 Prior to the Beam/Suntory takeover of the Kilbeggan/Cooley distillery, it was the only independently owned distillery in Ireland. (This situation has altered again due to the many new entrants into the market). A number of brand names were dropped from the portfolio during the changing process which has led to exciting developments in the Irish Whiskey industry.

The 1st notable omission from the current line-up is Locke’s Single Malt.This is a fine example of a smooth tasting pot still Irish whiskey. The fact that the Locke’s family ran the Kilbeggan distillery for over 100 years through the ups and downs of the whiskey trade and that there name was synonymous with a good dram – it seems a startling miss out. For further reading there is a very informative book – “Locke’s Distillery, A History.” by Andrew Bielenberg, produced for the 250th anniversary of the distillery. Well worth getting hold off. I got my copy at the Offaly Historical & Archaeological Society shop in Tullamore.

The main beneficiaries of the sale to Beam were the Teeling family. Brothers Jack and Stephen wasted no time reinvesting their share in building the 1st new distillery to be opened in Dublin for 125 years. I’ve been lucky to have visited it already. It’s a grand building and will produce some very fine whiskeys indeed judging by the Teeling releases currently out there which are all presently spirit made at Kilbeggan/Cooley. There is a must see documentary called “The Whiskey Business” soon to be screened on Irish TV on June 5th which follows the boys making their dreams come true.

Father John is also building a grain distillery at Dundalk – no doubt to supply his sons (and others) with one of the main ingredients for blended whiskey.

There are a number of other clients who previously sourced their spirit at Kilbeggan/Cooley who have gone on to develop their own distilleries.

Slane Castle Whiskey is in Co. Meath and is part of an estate famous for holding outdoor rock concerts. The Foo Fighters play this year – if you fancy that!

Lottery winner Peter Lavery previously released the Titanic and Danny Boy whiskey brands. He is now behind the release of McConnell’s Irish Whiskey prior to the development of Crumlin Gaol in Belfast as a whiskey distillery.

Meanwhile – a whiskey I have tasted and enjoyed – Michael Collins – is taking a rather different approach. The Sidney Frank Importing Co is suing Beam for the cessation of it’s whiskey stocks!

There is also the rather unknown quantity of “own label” brands – supermarket chains for example -that would have got their spirit from Kilbeggan/Cooley. This is a major business – but often hard to get information on. The requirement is only to state which country produced the whiskey – not the distillery – but Kilbeggan/Cooley under Teeling supplied this lucrative market.

One example is O’Reilly’s Irish Whiskey which is available in Tesco’s. It has the Cooley Business address on the back. It is still on the shelves at present so whether stocks have been secured post Beam – or pre Beam – I don’t know. I’ve aslo not tasted it. But it is an example of the many different labels a distilleries output can end up in!

The above are only a small sample of whiskeys manufactured at Kilbeggan/Cooley during the time John Teeling was at the helm – 1987 to 2012. Many are no more – but some may survive. I certainly enjoy hunting them down and experiencing the differing tastes and styles on display – marvelling that they were all produced at the same distillery!