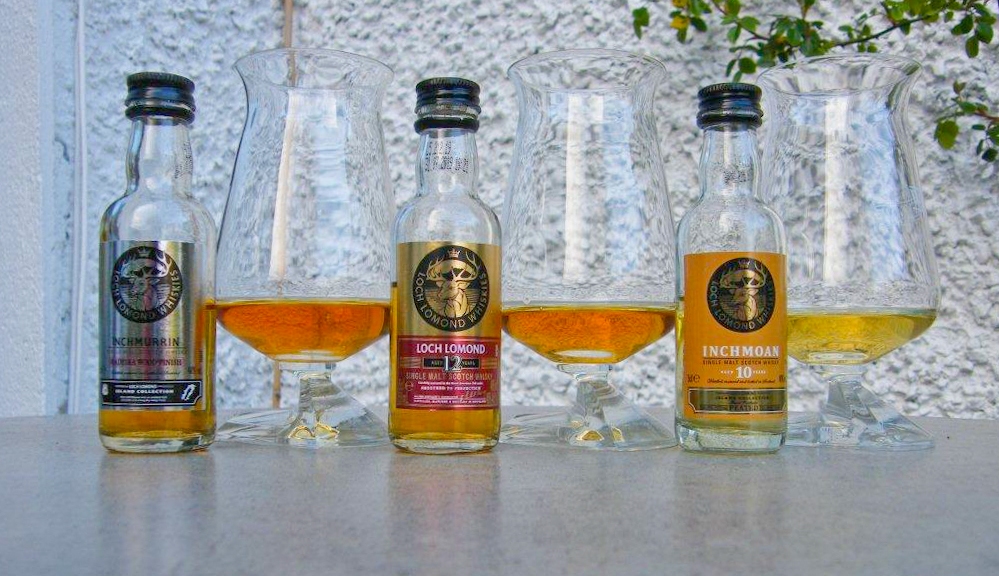 Are you ever disappointed reading positive reviews & kind comments regarding a whisky or distillery?

Well Loch Lomond was my moment.

It started with Inchmurrin Madeira Cask.

A fudgy caramel nose immediately repulsed me. The palate was far more forthcoming though. Soft fruits danced merrily with a lovely little flourish of gentle prickly spice on the finish.

The Lock Lomond 12yo was a sweet, honeyed, biscuity Single Malt that just lacked character.

I was hoping the peated Inchmoan would save the day.

Any welcome oomph the peat would deliver just got drowned out by soft, smooth blandness on the palate. Only on the finish did a gentle smokiness make it’s presence known.

If I’m looking for caramelly single malts, Ben Bracken offers the same experience at half the price. Their Islay version knocks the socks off Inchmoan.

It’s not often I leave unfinished miniatures behind……………

If throwing caramel at your single malts is ‘innovative’ – forget it. 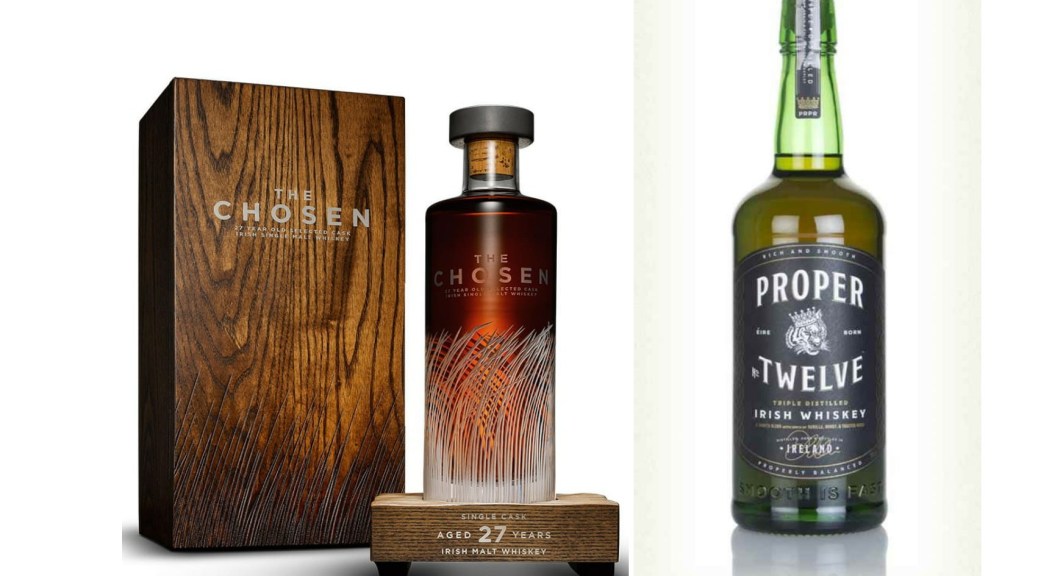 It may seem an incongruous pair of whiskeys to compare – but in my opinion – the two offerings above represent the growing maturity, complexity and coming of age of Irish Whiskey.

On the one hand you have ChapelGate’s ultra premium exquisitely packaged and presented Chosen,

On the other,  McGregor’s mass market blend Proper Twelve.

Both have delivered a product that satisfies the demands of their specific target audiences,

And both are excelling within their respective categories.

My blog welcoming the arrival of Proper Twelve to the market stated;

‘Irish Whiskey will never be the same again’

Has certainly been proven true.

For a newly released brand to be seriously challenging the dominance of Jameson – as in an Irish Times article – is truly outstanding. Despite the recent deplorable antics – perhaps even because of? – there seems to be no slowing down of Proper Twelve’s growth trajectory.

It is opening the market to a new generation of Irish Whiskey drinkers around the world and recently expanded into Poland & South Africa.

ChapelGate’s Chosen is also taking Irish Whiskey into new – and to many unthinkable – territory, the ultra premium luxury market. I highly commend founder Louise McGuane for her courage in doing so.

The dedication, careful selection of stock and variety of quality casks at her bonded warehouse in County Clare was outstanding. I chanced a visit over two and a half years ago – even before her first release – which you can read about here.

To chart the growing success of ChapelGate since then – as well as tasting JJ Corry’s fabulous whiskey releases – has been a wonderful journey.

The reaction to Chosen and Proper Twelve has been immense – and divisive.

Both have taken Irish Whiskey out of the narrowly defined one dimensional stereotypes of the past.

They represent a multi dimensional & complex Irish Whiskey scene that can be double distilled, peated, flavourful, rough round the edges, brash & youthful, aged & nuanced all at the same time.

Both dreamed big and played far beyond the boundaries. 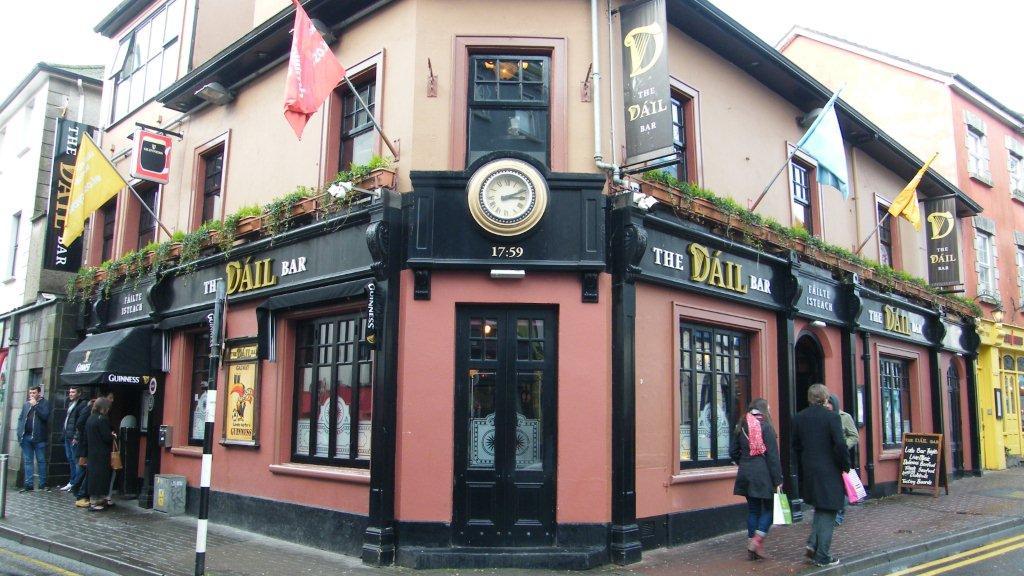 Luckily for me The Dail Bar served food too as by now the effects of the whiskeys I’d previously enjoyed in the Galway Whiskey Trail pubs already visited was beginning to kick in.

The combination of loud sports fans in one corner cheering on their teams – possibly the Spurs v Sunderland match that started when visiting Blake’s – and family groups sitting down for lunch in the lounge area in the other corner – left me perched on a stool at the bar from where I happily gazed at the 100 plus whiskeys on show pondering which one to go for.

This time I stuck lucky. Not only was my first choice available – it turned out to be a lovely little number too!

Now it may surprise some readers – but Scottish whisky does not have exclusivity to peated malts – far from it. Ireland has a few peated expressions – Connemara Single Malt is one of them. It has won many awards and is gaining in popularity over many of the more famous Scottish brands for it’s lovely peaty taste.

It had a delightful subtle yet sweet lightly smoked nose – perhaps a little grain influence here. A light floral character on the taste with  a well balanced peated bite gave way to a satisfyingly long finish. A very impressive blend indeed. I’d be happy to put this up against some of the more popular Scottish blends – Inishowen would give them a run for their money. Pity it’s so hard to come by these days.

My toasted ham & cheese sandwich also went down a treat as I dallied in the Dail. More customers came in to watch the rugby this time and I fell into discussion with a gentleman who originally hailed from the North but had to leave as he,

The conversation flowed on from that unusual statement and soon developed into the theory that all the recent terrorist attacks have been orchestrated a combination of the CIA and Mossad.

I asked how Jim was getting along with the new Corr’s album – but I don’t think he got the drift. Jim had been the butt of many a joke a few years ago when he started spouting his political views – thankfully he has now rejoined his gorgeous looking sisters in launching a new album. For my money – the old stuff was better.

A bit of banter ensued but despite me trying to refute his wild allegations it proved futile. So I tried a different tack.

Seeing that his team was narrowly losing in the Ulster v Saracens game early in the match – I suggested his boys were going to take a hell of a beating today.

‘Why are you so sure?’ came the reply.

”cos I’ve just rang my agents up North to sort it.’

At this I tapped my finger to my nose,

‘Ah well, as Devo once sang – I’m a secret agent man. It’s not just bombs we plant, we can fix matches too!’

The gentleman was not impressed and left me to my toast and tea – much to the amusement of the staff who informed me.

‘Once he gets started he normally doesn’t stop.’

I’m pleased to say that my agents followed out their instructions to the full. When I checked the scores a few days later – Saracens had demolished Ulster 37 to 11.

I wonder if there’s a conspiracy in that?

Get yourself down to The Dail – the craic is mighty!

Coming on the back of St Patrick’s Day it’s often amusing to point out that the man himself wasn’t actually Irish!

Controversy still reigns as to his actual birthplace. Some say Scotland, some say France and some say Wales. What is clear is that he certainly visited these countries during his lifetime. What is also interesting for the sake of this blog is that all these countries are whisky producers! 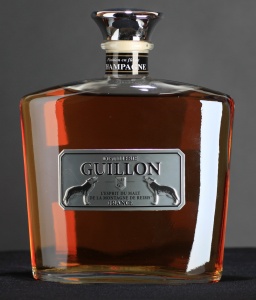 My first entry into the Welsh Whisky world came via it’s wonderfully named Red Flag expression. Now, many Irish whiskeys are named after places as in; Kilbeggan, Greenore, Slane Castle, Glendalough and Nephin for starters. In Scotland, many whiskies take the names of royalty, or at least the well heeled, to bask in the exclusivity or prestige associated as in; Imperial, Royal Lochnagar, Chivas Regal, Chequers and King Of Scots. Penderyn Distillery has bucked all that to name it’s first Icon Of Wales bottling after a workers uprising in 1831 where the red flag was raised as a symbol of protest. Very refreshing indeed!

The whisky itself lives up to the heroic struggles of it’s namesake. A single malt finished in madeira casks bottled non chill-filtered at 41%, it gives a very rich aroma backed up by a satisfying taste a with long finish. Definitely an A class whiskey, if not A+ in my book! As this whisky is a limited expression, it may sell out, but Penderyn release a single malt madeira finish in their standard range bottled at 46% which may also be very good. I can’t wait to taste the other bottles which include sherrywood finish, peated and single cask expressions. Penderyn have already won awards since launching in 2004 so this is a distillery to watch out for. 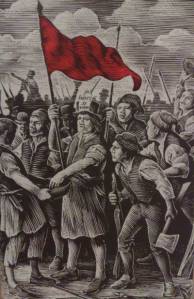