No longer seen as a minor backwater of whiskey – Ireland is now poised to become a threat to the dominance of Scotch in the world of whiskey.

The monies, marketing & reach this requires is beyond what a relatively small Irish Distillery can cope with & abilities only a multinational player can provide.

I welcome this latest development as an inevitable consequence of the growing demand & attractiveness of Irish Whiskey.

I also welcome this development as it provides added competition to the almost monopolistic like presence Jameson has previously played in the category.

Jameson – it must be noted – has been owned by French based multinational Pernod-Ricard since 1988 & often appears to be above any form of criticism within Irish Whiskey circles.

Teeling’s takeover follows in the footsteps of Paddy’s going to US based multinational Sazerac, Tullamore to Scottish based Grants, Kilbeggan to Beam & later Japanese conglomerate Suntory, with Roe already owned by giant Diageo & Bushmills by tequila company Jose Cuervo.

You either want Irish Whiskey to be a growing global player – or to be a small, elitist & pricey backwater for a select band of aficionados.

All photos author’s own. 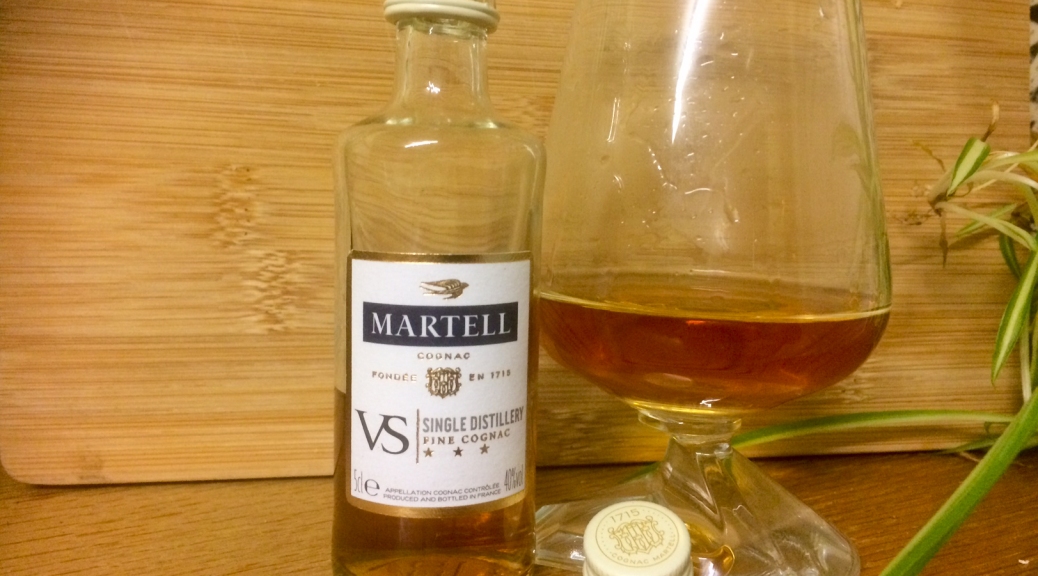 Martell Cognac is available in virtually every Irish supermarket.

Not too surprising – Pernod Ricard own the brand.

I picked up this miniature to give it a whirl.

The nose was quite expressive, rich, warm & inviting with a touch of nuttiness.

The nuttiness followed through on the palate which was pleasingly smooth yet offered some depth & fruity complexity.

A welcome soft tannic spice livened up the finish.

Before the phylloxera bug nearly destroyed the vineyards of the late 1800’s Cognac was the spirit of choice.

I can see why after enjoying the flavoursome delights of this Martell VS.

Bumping into George Clooney in Dungarvan was a bit of a novelty – well – his tequila at least.

The tequila market in Ireland is dominated by a few global players with links to Irish Whiskey Distilleries.

Jose Cuervo is part of Proximo who do Bushmills & Olmeca is owned by Pernod-Ricard who do Jameson.

Casamigos is therefore a newcomer to the scene.

Originally founded in 2013 by George Clooney & friends, the brand benefitted hugely from his celebrity status attracting a lot of interest. Diageo bought the brand in 2017 and are capitalising on that celebrity link by promoting Casamigos worldwide.

The Old Bank in Dungarvan have an extensive array of spirits on offer – Casamigos quickly stood out for me.

Reposado – rested in American Oak for 7 months – was my choice for this 100% Blue Agave Tequila.

Silky smooth on the palate with more of that butterscotch like sweetness.

The signature peppery agave spice shone through on the finish with those butterscotch notes taking me back to childhood days making bowls of Instant Whip Butterscotch flavoured dessert.

Wasn’t expecting that in a tequila!

Irish Whiskey was in a perilous state in 1987.

This revealing book by James Morrissey focuses on the remarkable turn of events culminating in the Pernod-Ricard takeover of Irish Distillers.

The most sobering chapters however expose the dismal performance & inability of Irish Distillers to drive the category forward – the very reasons a speculative takeover war started.

Irish Whiskey was a monopoly in 1987.

Irish Distillers owned all the distilleries – 2, Midleton & Bushmills – & all the brands – 15 – & was losing sales.

Cooley Distillery in County Louth was just being founded & had yet to mature any whiskey.

Irish Distillers main sales in 1987 were the domestic market followed by bulk sales to places like Japan – whose blending practices have a long history of using non-Japanese stock.

Sales in the lucrative American market dwindled down to a low of around 250,000 cases – about the same as Conor MacGregor’s Proper Twelve sold alone in 2021 – yet Irish Distillers marketing strategies were effectively underfunded & ineffective.

Without the takeover of Pernod-Ricard & increased competition from Cooley who knows where Irish Whiskey would have ended up.

Irish Whiskey today is in a far more healthier situation.

I welcome each and every single one of them as they collectively strive to rebuild Irish Whiskey.

A read of Hot Whiskey sobers you up as to how grim things were a mere 35 years ago. 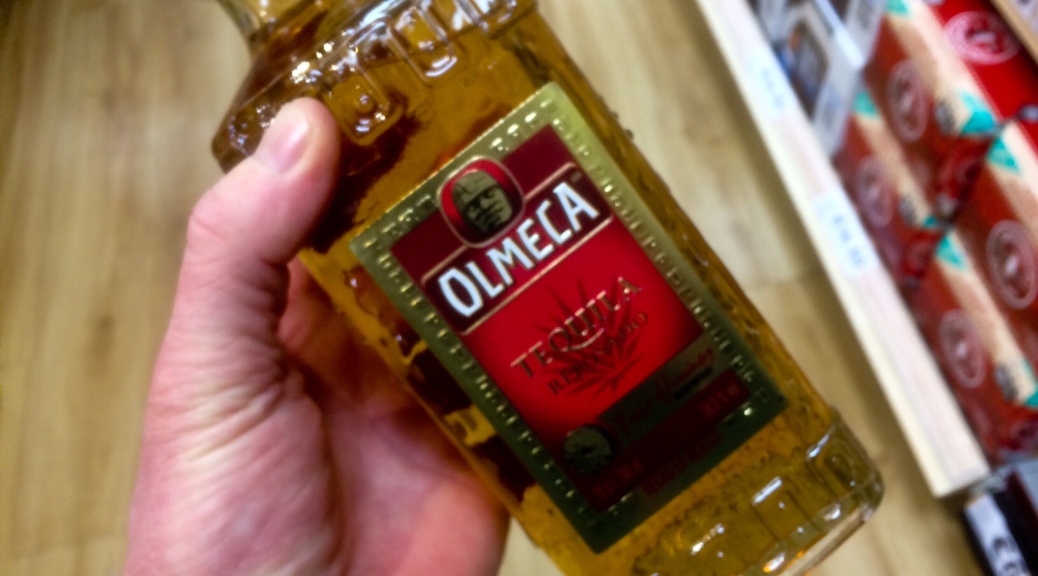 Olmeca Tequila is found in pretty much every Irish supermarket & is often the only tequila offered at many bars & hotels.

This shouldn’t be much of a surprise given Pernod Ricard own the brand & possibly use the Jameson distribution network for Olmeca too.

I’ve enjoyed a few glasses of Olmeca in various bars.

The nose portrays that signature agave pungency with hints of peppery spice.

The smooth palate lacks a little flair with an accentuated black peppery spice on the finish.

Olmeca Reposado ticks all the tequila taste boxes – but not being 100% agave it does miss out a tad on the flavour front.

Often listed as Olmeca Gold – denoting a mixto tequila where only 51% has to be agave based & Gold possibly being coloured – Olmeca Reposado – also mixto but with barrel ageing – appears to be the bottle supermarkets stock.

In the absence of any alternatives – it does the trick.

It seems Pernod Ricard are on a spending spree.

Hot on the heels of their Whisky Exchange purchase a stake in Mexican Whisky Abasolo is also gracing the enlarged portfolio.

Whether this will increase the diversity of drinks into the Irish market is yet to play out. Abasolo is not currently available in Ireland – so I picked this one up on a UK visit.

Made with 100% Mexican ancestral corn using historical techniques to boost the flavour – Abasolo piqued my interest from the very start.

An earthy wholesomeness with added savoury notes peeking through on the palate.

All wrapped up by a pleasing spiciness giving a warm feeling of cosy roastiness slowly fading away.

It’s not very often a whisky just grabs me but –

All photos authors own. 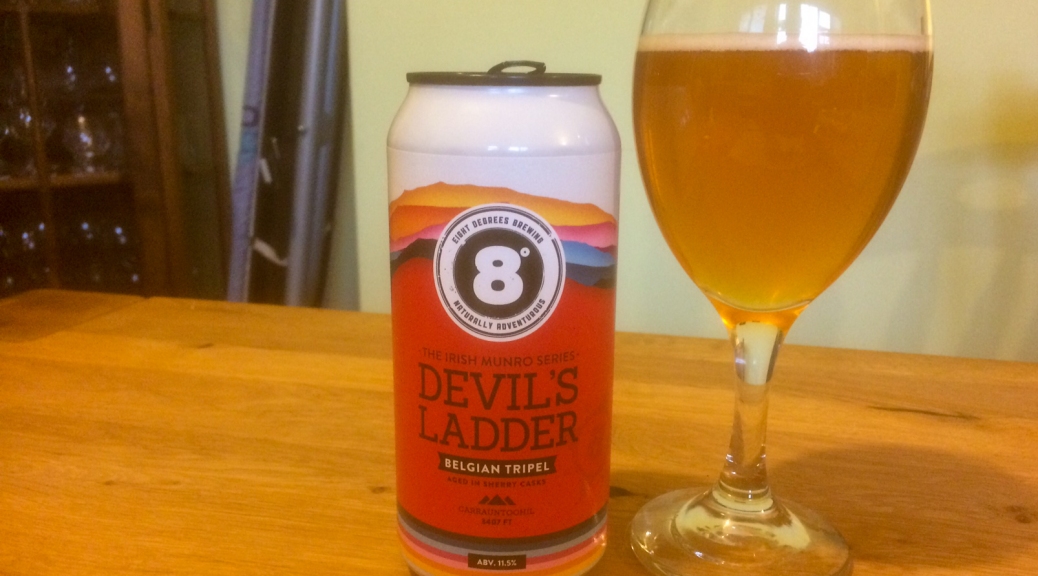 As both 8 Degrees & Crested are owned by Pernod Ricard – it’s great to see further developments from this partnership.

Enjoy them while you can! 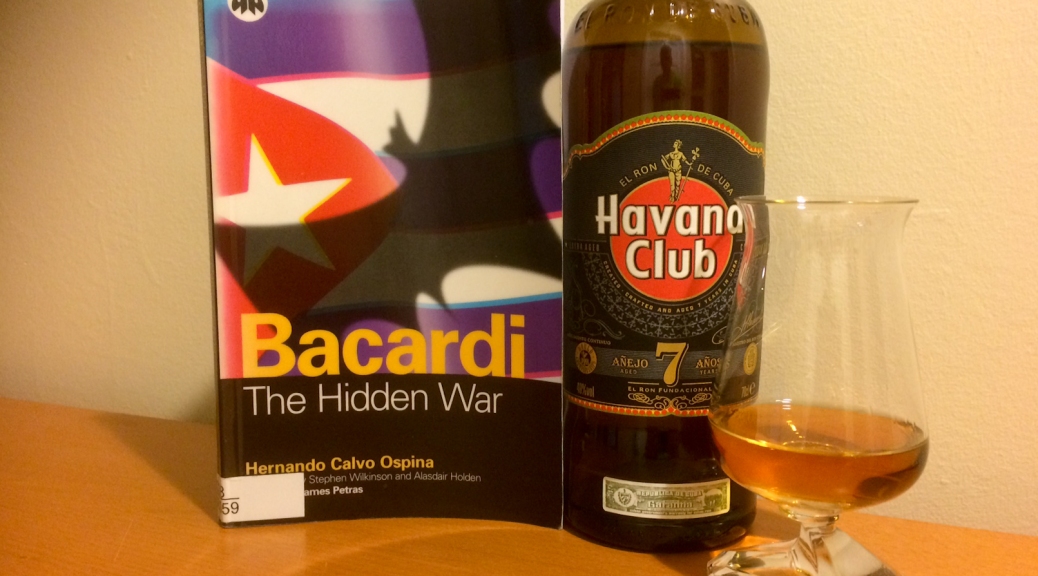 Every brand has to have a good story – but I’m not sure the one told in the pages of this compelling book will feature on the back of Bacardi labels.

Essentially it’s a well documented exposé of the Bacardi family’s consistent attempts – ever since the Cuban revolution of 1959 – to undermine, weaken & generally destabilise the Cuban regime.

A lot of it can be put down to big multinationals protecting their profits over and above any rules individual states may have.

Some could be political ideology.

But it doesn’t particularly paint a pretty picture.

Bacardi have consistently challenged the right of Pernod Ricard to do so.

Bacardi often drape their advertising in Cuban imagery – despite the rums not being made in the country – & there have been claims to say this is misleading & manipulative.

In these times when ‘transparency’ & ‘honesty’ are attributes to be exalted in the spirits world – I’d suggest pouring your preferred tipple & sitting down to read this riveting book.

It may not change the flavour of that tipple – but it might colour the experience.

I couldn’t review Bacardi’s 8 without looking at Havana’s 7.

Cuban rum products aren’t readily available in America – ever since the 1959 revolution.

Despite no longer producing in the country Bacardí claim Cuban heritage & there is a long running dispute between the 2 companies over labelling & trademark.

Cuban rum meanwhile has a set of rules – one of which is only rums produced there can display the ‘Republica De Garantia’ logo – as shown on Havana 7.

Easy enveloping mouthfeel develops a tingling spiciness which grows towards the finish. 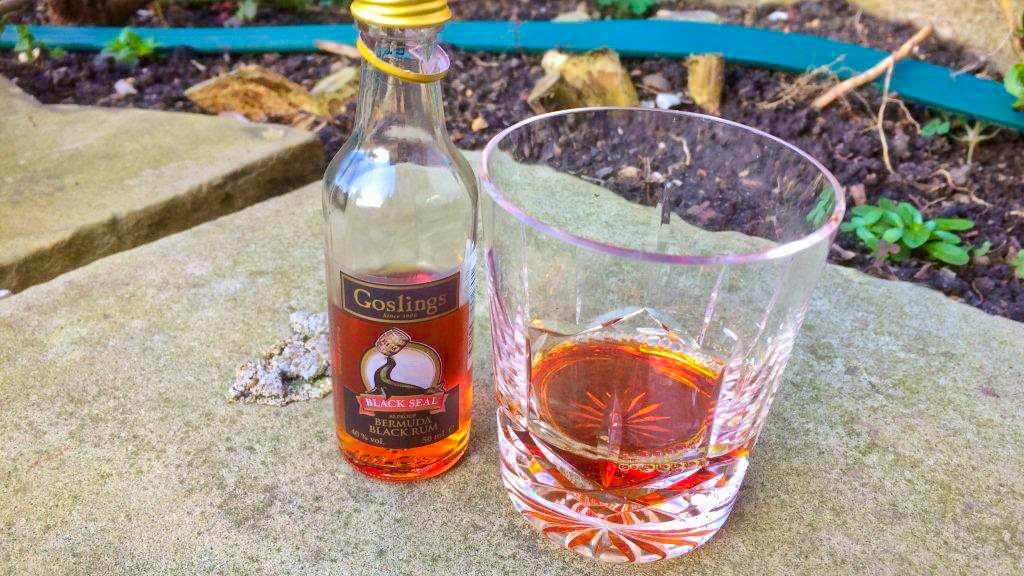 Goslings are a long established name in Rum.

Now part of the Castle Brands portfolio – which in turn is owned by Pernod Ricard.

This Black Seal Bermuda Black Rum is a popular seller from their varied range.

A decent pungently dark molassey treacle on the nose.

Easy delivery on the palate.

Mild mannered with a touch of spice at the end.

A pleasant easy sipping rum that just lacked a little character for me.