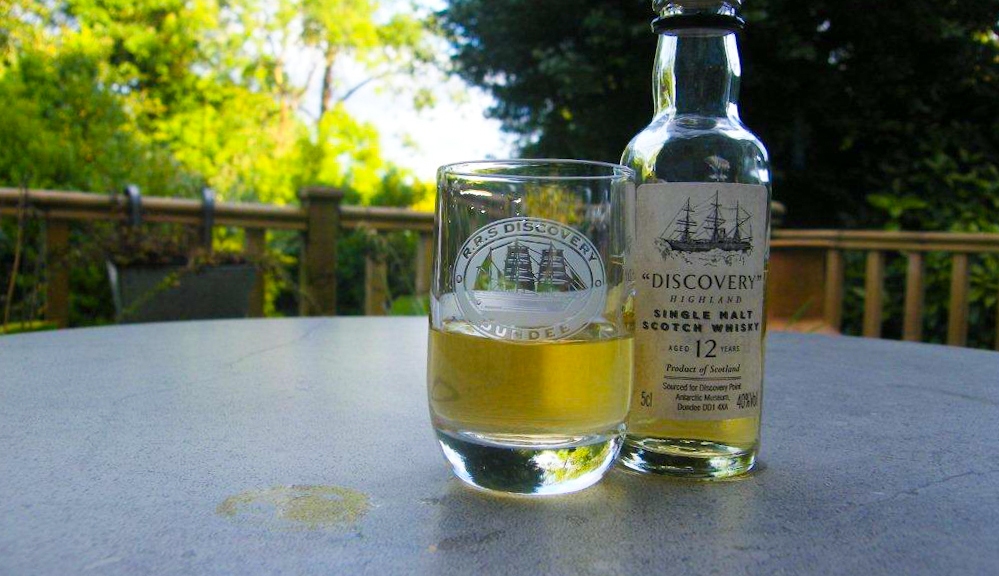 City of jute, journalism & jam – at least according to the Scottish Design Galleries exhibition at the recently opened V&A Dundee.

Architecturally resembling an ocean liner when viewed coming across the Tay Bridge from Fife, the V&A sits next to an actual ocean going vessel – the RSS Discovery.

Built in Dundee back in 1901 for the British National Antarctic Expedition to explore the then uncharted territory of Antarctica, Discovery was captained by Robert Falcon Scott.

Interestingly – from an Irish perspective – there were a couple of Irishmen aboard; Ernest Shackleton from Co Kildare & Tom Crean from Co Kerry – both of whom contributed to further Antarctic exploration and adventures.

Whisky also featured on these voyages – often only for the use of ‘officers and scientific staff’ as labelled on the Discovery Whisky from 1901.

Yet in the museum shop bottles of a recreated Discovery Whisky are available to all – regardless of rank or status.

So I bought one – along with a dinky commemorative glass too.

There is no indication of distillery of origin – other than ‘sourced’ on the label that resembles the original – also non distillery specific.

The colour is reassuringly pale.

The palate started off smoothly – yet built in body & flavour. There were hints of leather, hints of smoke and a lovely drying finish with decent prickly heat to boot.

A suitably robust & characterful whisky with some depth & bite that befits the memory of the hardy souls who sailed into the unknown on that Antarctic Adventure of 1901.